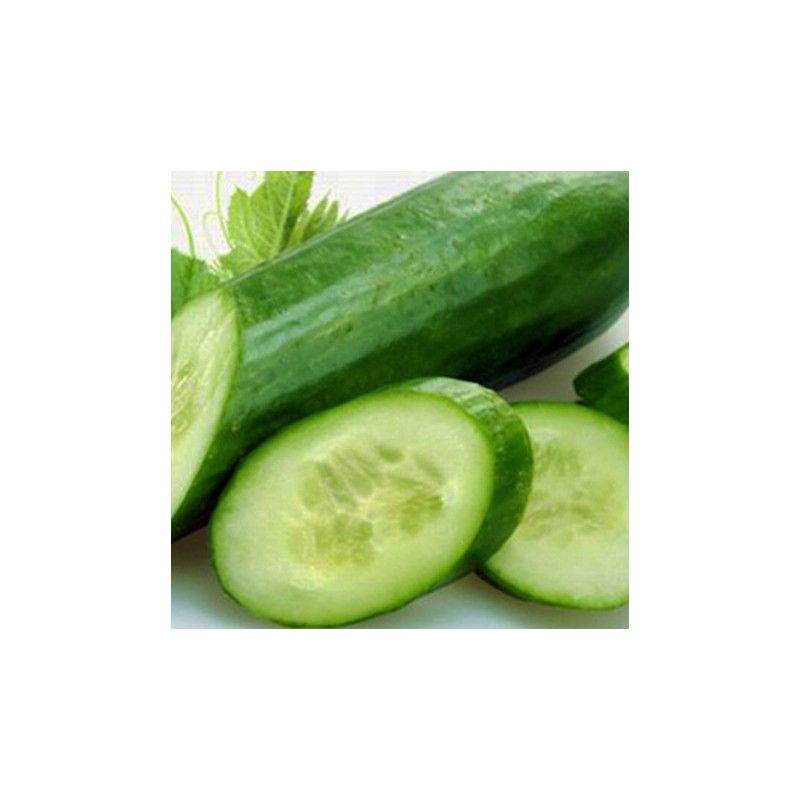 Cucumber Pipenex is an F1 Hybrid variety. Smooth long and bitter free fruits, with a good resistance to powdery mildew. Earlier than other hybrid varieties. Ideal for growing under glass.

A favorite among home gardeners, cucumbers are quite easy to grow. When grown well, they produce abundantly, providing cucumbers for weeks at a time in the warm summer months.

There are several types of cucumbers, with very different characteristics and meant for different purposes. The most popular type is simply called a 'slicing cucumber' or sometimes a 'salad cucumber'. These are meant to be eaten raw, fresh from the garden. These varieties have been bred for uniform size, productivity and disease resistance.

The second popular type is a 'pickling cucumber' and as the name implies, these are grown to become pickles. They are smaller with a bumpy skin and are crisp and firm. Pickling cucumbers can also be eaten like slicing cucumbers and many people actually prefer their smaller size, fewer seeds and crisper taste.

Asian cucumbers are much longer than slicing or pickling cucumbers, usually at least double the length. The are narrow and have smaller seeds.

Cucumbers grow best when planted directly from seed in your garden if you grow them outside. The seeds are very susceptible to freezing, so it is important to not plant until the soil was warmed up to 21 C and after any danger of frost has passed. Treat Pipenex as an outdoor variety, but for the best results grow the cucumbers in greenhouse. Plant the cucumber seeds in full sun in well drained soil.

Plant cucumber seeds in small hills or mounds, 3 seeds in each one, spacing the hills five to six feet apart. Cucumber vines need lots of space to spread out. Alternately, you can plant the seeds in a row, spacing them 5-6 inches apart and planting them at a depth of 1/2”. The rows should be 2-3 feet apart, allowing for the vines grow. After the seedling start to show, thin the rows to one plant every 12 inches, keeping the strongest ones.

The best soil for growing cucumbers is moist and well mulched. The cucumber plant has a shallow root system which makes it susceptible to drought or lack of irrigation. These plants require frequent watering, especially after the fruits start to develop. They should be watered deeply, letting the water soak at to a depth of 4”. During hot days and months, this needs to be monitored daily to ensure a good harvest.

Cucumbers grow on long vines, with multiple fruits per vine. If you don't have a lot of garden space to let the vines spread out, they can easily be trellised upwards. Cucumber vines can be trained to climb fences or a trellis. Wire tomato cages also work well to support the plant and allow it to grow vertical. Using a trellis system isn't just beneficial because it saves space but also, it makes the cucumbers easier to pick and cleaner since they are out of the dirt.

Some new varieties of cucumbers grow as a bush, making the need to trellis unnecessary. These types are excellent for small spaces.

Pickling cucumbers are best when picked at 2-3” long. Slicing cucumbers vary from 5-8 inches long; check your seed package to see what the desired length is for your variety. Pick cucumbers carefully so as not to break or snap the vine and prevent further fruits from growing. The cucumber should be parallel to the vine and then give it a quick snap. Or, even better, cut the short stem (not the vine!) with small scissors or a knife.Cucumbers need to be picked as often and as soon as they are ready, which means the garden should be checked every day for new ones. At the height of their maturity, cucumbers can double in size in just one day.

The vines produce in a staggered manner and will grow more fruit if you harvest regularly. To have a great cucumber bounty, pick more! When a fruit is left to grow old on the vine, it is a signal to the plant to stop producing. Any cucumbers that turn yellow should be removed immediately and tossed.

One cucumber plant can produce 10-20 fruits, depending on the variety. That's about 1-2 kg of cucumbers.

Freshly picked cucumbers should be refrigerated and eaten within 3 days. Any longer than that, and they start to lose moisture and not taste as fresh. Unfortunately, there is no good way to store fresh cucumbers, besides pickling them. 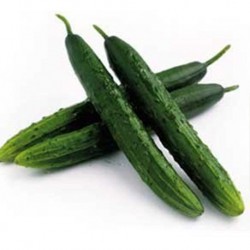 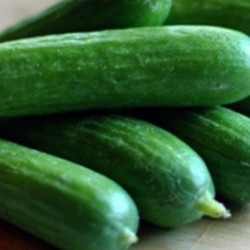 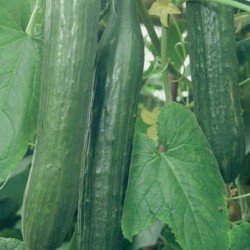 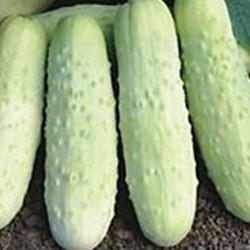