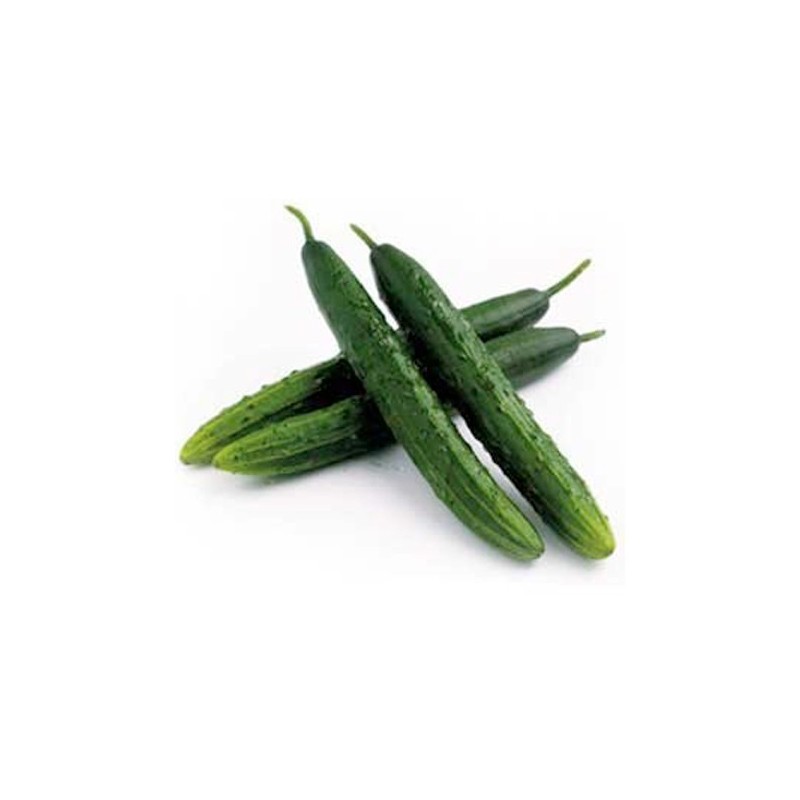 Organic Cucumber Marketmore is a popular and easy to grow cucumber variety. The seeds are organically grown. Excellent for outside growing in the UK. The fruits are about 20 cm long and dark green in colour. Marketmore is a heavy cropper, ridge slicer type. Good resistance to powdery and downy mildew. A well-known, ridge-type cucumber, with vigorous growth.

Sow the Marketmore seeds under cover from late April onwards until late June about 2 cm deep in fine seed sowing compost. Sow 1 cucumber seed per small pot/seed cell, and keep the compost moist. Germination takes about 7-10 days at 17-20 Celsius but if you can use a warmer place at temperatures of 20 – 25 Celsius to germinate the seeds.

Transplant the cucumber seedlings into bigger pots when 2 pairs of true leaves appear to and keep inside until late June – early July. Prefers sunny location and well drained, rich soil. Grow in the greenhouse or in a very warm, sheltered place.

Keep the garden soil worked to prevent weed growth and soil crusting until the cucumber vines begin running, then apply a thick layer of mulch for the cucumber vines to grow on. Hay, tree bark and pine straw are good mulch choices. As the mulch decomposes it will also add nutrients to the soil to help keep the vines fed and producing. Decomposing mulch also improves the soil structure and drainage.

You can use almost anything to make a trellis for vines to grow on, like wooden sticks, metal stakes, fencing, etc. Using 4 foot high, heavy gauge wire mesh fencing secured in the ground with metal fence stakes makes a permanent trellis that is strong and can be used to grow other vertical crops during the years of crop rotation. Plant hills of cucumbers 2 feet apart on alternating sides of the fencing and the vines will produce tendrils and attach themselves to whatever vertical trellis material you use.

On alternating years plant tomatoes and beans that can use the support of the fencing and improve soil health by rotating the garden crops.

About 6 weeks after planting, the vine will produce tiny yellow blooms followed by tiny cucumbers. Watch them closely after the first cucumber appear, they grow into full sized cucumber literally overnight. You can harvest cucumbers between 2 - 6 inches long for the best flavour and smallest seeds. If you allow a cucumber to grow too big on the vine, it will sap the vine's energy and the bigger the cucumber grows, the more bitter it will become. The seeds inside the cucumber also grow larger, making the cucumber less tasty.

You can save your own seeds by allowing one cucumber to remain on the vine towards the end of the season. As the cucumber grows larger, it will begin to turn yellow. Remove it from the vine, slice open length-wise and scoop out seeds. Spread seeds out in a single layer on kitchen towels. Place in a warm, dry, airy location until seeds dry out. Place the dry seeds in an envelope (write seed variety on outside of envelop) and store in a cool, dry place until spring. First leave the fruits to ripen on the plants then just let the vegetable dry out, and save your own vegetable seeds, most provide plenty of seeds, of the fruiting vegetables this way if you prepared to put in a bit of extra work and time at the end of the growing season. 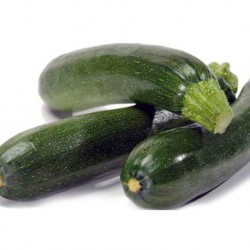 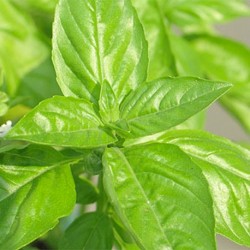 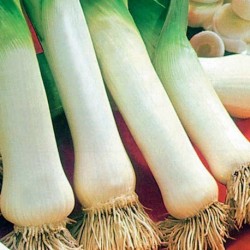